Two months after it was filed, the United States is asking a court to dismiss a suit challenging the global intangible low-taxed income regulations for alleged violations of small business administrative law protections.

Filed alongside its August 24 motion to dismiss, the Justice Department’s accompanying memorandum in support of the motion asserts that the U.S. District Court for the District of Columbia does not have jurisdiction to hear Monte Silver’s claims made under the Regulatory Flexibility Act (RFA) and the Paperwork Reduction Act (PRA), and that he lacks standing.

“While Defendants assert they followed the appropriate procedures in implementing the regulations, the Court need not delve into the matter further because Plaintiffs face insuperable jurisdictional barriers to their claims,” the government’s memo states, arguing that neither Monte Silver nor his foreign entity firm, Silver Ltd., qualify as small entities and that the harms alleged come from the GILTI statute rather than the regs.In his June complaint, Silver asked that the October 2018 proposed GILTI regs (REG-104390-18) and June 2019 final GILTI regs (T.D. 9866) be remanded to the IRS to comply with the RFA and PRA.

He also asked that enforcement of the final rules against small entities be deferred until the court determines that the IRS has complied with the procedures laid out in the RFA, PRA, and the Administrative Procedure Act….In its memo, the government examines the Small Business Administration’s definition of a “small business concern” and argues that… 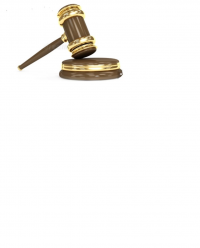