Expat Americans given one-year reprieve on US repatriation tax 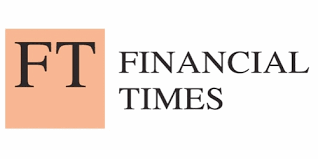 Expatriate Americans have been granted a one-year reprieve from an unexpected levy on their overseas business interests, raising their hopes of Congress amending the tax reforms signed into law by Donald Trump six months ago.

The one-off “deemed repatriation tax” of 15.5 per cent that the Tax Cuts and Jobs Act imposed was intended to persuade multinationals such as Apple and Google to bring back profits they had built up in other countries, but caught many far smaller business owners in its net.

An estimated 1m US citizens and green card holders owning more than 10 per cent of a “controlled foreign corporation” and living overseas were facing the prospect of having to pay the tax in stages over eight years, the full amount payable upfront if the initial payment was missed.

On Monday, however, the Internal Revenue Service issued new guidance, saying that expatriate business owners with net tax liabilities of less than $1m for 2017 would no longer face penalties or the risk of the full eight years’ worth of payments being accelerated.

Now, we have a year to continue to fight, to make the point about how damaging this is Carmelan Polce, Democrats Abroad

The provision had been due to take effect in March, and had already been delayed once, to mid-June. The one-year extension has given campaigners hope that Congress will amend the legislation.

“We have bought time,” said Monte Silver, a US tax attorney with Silver & Co in Israel, who had warned in an International Tax Review article that the tax was “a growing concern for expats who may be driven out of business or forced to become tax evaders”.

“This was better than I expected,” he said on Monday, saying there was support from both Republicans and Democrats for a “fix” to the tax legislation. “It’s not easy, but look what we’ve done in three months and we now have a year,” he said.

Groups representing overseas voters of both major parties had petitioned Congress to review the repatriation tax, with Republicans Overseas warning of its “severe and unintended consequences” on small businesses.

Democrats Abroad, in a submission to a House Ways & Means Committee hearing in May, estimated that 1m Americans abroad were exposed to the repatriation tax, describing it as “a horrific surprise for Americans living abroad who own businesses in the countries where they live”.

Carmelan Polce, chair of the group’s taxation task force, said on Monday that its members had moved from anxiety to anger over the levy but were now hopeful of a “legislative fix”.

“Now, we have a year to continue to fight, to make the point about how damaging this is and to make the broader point that this keeps happening to the Americans-abroad community, without a thought as to how it’s going to impact this cohort of citizens,” she said.

Groups such as American Citizens Abroad, an advocacy group in Washington, have long argued for a system of residency-based taxation rather than the current citizenship-based system.

U.S. Tax Seminar in London: The impact of the 15.5% Repatriation & GILTI taxes on expats in England