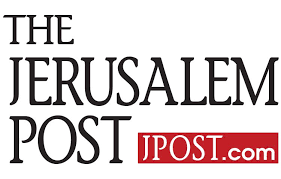 JULY 23, 2020 21:38
This is an important article for US persons in business and living in Israel, or any other country outside the US. On July 15, 2020, the US Treasury published final regulation relating to “Global Intangible Low Tax Income” (“GILTI”), one of the two new international tax regimes created as part of the Tax Cut & Job Act. To the pleasure of approximately 200,000 American expats who own business owners worldwide, many of whom live in Israel, the final regulations provided several forms of permanent regulatory relief.
The goal of GILTI was to prevent corporations like Google and Apple from avoiding US taxation by abusively shifting profits from the US to low tax countries like Cayman Islands. Unfortunately, GILTI caught many smaller businesses of Americans expats in the same net. “Not only did GILTI impose significant annual compliance costs on us, but in most cases we expats ended up paying the GILTI tax at rates higher than the corporate Goliaths for whom GILTI was enacted in the first place,” said Monte Silver, an Israel-based US tax attorney and small business owner who established and heads the community-based advocacy effort to obtain complete exemption from GILTI.
Although written in highly technical tax jargon, the permanent relief provides that:
1. The election under Internal Revenue Code (IRC) section 962 entitles the business owner to claim the 50% GILTI deduction under IRC 250. Simply put, by making the election, the expat should not be liable for any GILTI tax in most cases.
2. The 962 election applies retroactively to January 2018, thus allowing the expat business owner to avoid GILTI tax from tax year 2018.
3. An expat business owner make the 962 election by amending prior returns.
In essence, the regulation means that so long as your Israeli company pays at least 13.125% in Israeli corporate income tax on its profits in any given year, neither the Israeli company or its shareholders will have to pay any GILTI tax in that year. And since the corporate income tax rate in Israel is 23% in the vast majority of cases, the Israel-based American business owner will not have GILTI tax liability.
This is a major win that is 100% attributable to advocacy efforts which we initiated. Small businesses, even those based in the United States, are sometimes invisible to the federal government. And small businesses lack resources so have no one representing their interests. The fact that we accomplished this and other forms are relief from the Transition Tax and GILTI is quite remarkable, and a testament to our combined voice and focused persistence.
While American business owners worldwide can be very proud of this win, GILTI is still an issue. While most Israel-based businesses will not have to pay GILTI taxes, this is only part of the problem small business owners have with the tax.
First, costly annual GILTI-specific compliance is still required, even if the business owner does not owe GILTI taxes.
Second, to avoid GILTI tax liability under the final regulation, one must make the 962 election every year. The 962 election has consequences. For example, making a 962 election to avoid GILTI results in there being a US tax imposed on dividends from the company, even if the dividends are distributed 50 years after the 962 election. Such tax on the dividends would not occur in absence of a 962 election. So in essence, by making the 962 election, you avoid GILTI today, but potentially are subject to special US taxes when the company distributes dividends sometime in the future.
Third, in certain cases in Israel, a business will not pay the standard 23% corporate tax rate due to various tax breaks available in Israel. Or, in some countries, the corporate tax rate is below 13.125%. In such cases, GILTI tax liability will still exist.
Indeed, seeking complete relief from GILTI tax and compliance for all expat businesses, earlier this year we filed a lawsuit against Treasury for issuing the GILTI regulations in violation of the little-known Federal Regulatory Flexibility Act (“RFA”). The case is pending in Federal court in Washington.
The lawsuit seeks to have small overseas businesses owned by Americans 100% exempt from the GILTI tax – i.e. no need to comply each year, regardless of the tax rate of the country in which the corporation is incorporated. The outcome remains to be seen.
See story at www.jpost.com/jpost-tech/business-and-innovation/your-taxes-gilti-regulations-are-a-big-win-for-small-businesses-636152